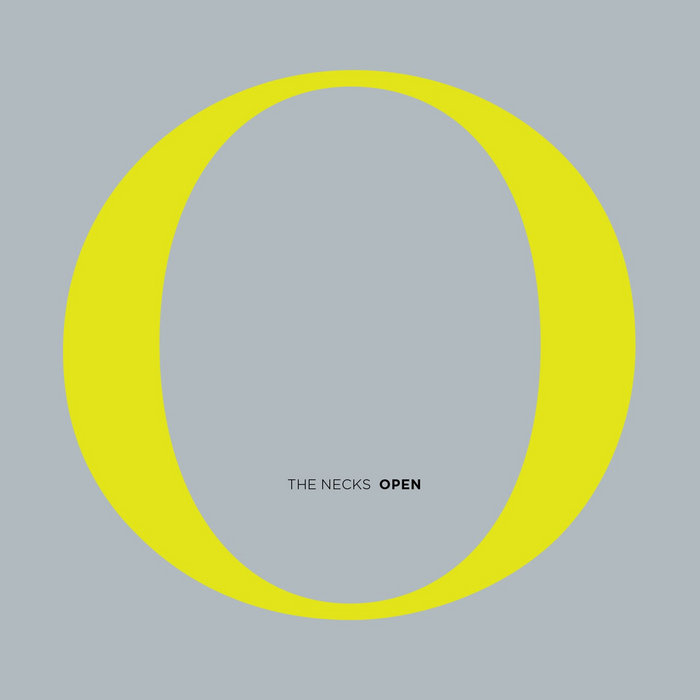 From the opening tones of Tony Buck’s monochord, it is immediately clear that this Necks album is something special. As it unfolds, ethereal arco harmonics, minimalist funk, mesmeric piano riffs, subliminal pulses, twittering electronics, even an arco bass choir are inducted into the process.

Open will be the first of The Necks’ albums released in North America on Northern Spy. “They’re a great label; energetic and imaginative, with some really impressive artists” says Chris Abrahams, “so we’re flattered that they sought us out, and delighted to be working together on growing our music across North America, because the response to our tours there thus far has been incredible.”

“Mesmerising, grandiose music from one of the best bands on the planet” –The Guardian (UK)
The Necks are one of the great cult bands of Australia.

Open, the 17th album from The Necks, is to be released on the 29th of October in North America as part of a brand new partnership between The Necks and Northern Spy Records.

Following on from their two track LP release, Mindset (2011), Open sees legendary artists-in-resonance The Necks return to the territory they are best known for, a single piece running for over an hour.

True to its title, Open possesses a stillness, drawing the listener into a spacious soundworld.

Bassist Lloyd Swanton elaborates: “Mindset reached some pretty intense levels at times, and though we never overtly discussed it, I think that on Open by contrast, all three of us were taken by the idea of working in an area of great stillness. After a couple of days’ recording, it was clear that the music was leading us in this direction.”

New sounds from Mavi, Ivy Sole & Moderator, plus AJ, the One joins the show, for her latest release